To: Minister Lindiwe Zulu and the Department of Social Development Parliamentary Portfolio Committee and the Non-Profit Directorate

Have Your Say: Tell DSD to withdraw the Draft NPO Amendment Bill! 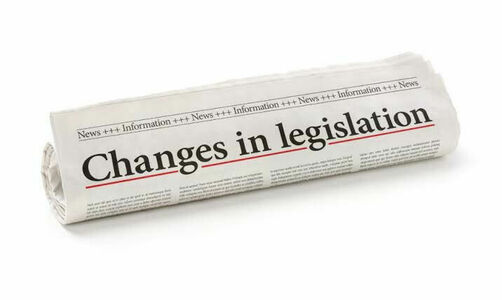 Our proposal is that the Bill be withdrawn in its current form and that DSD engages the sector and stakeholders in a meaningful consultation to redraft the current legislation and develop a coherent NPO Policy Framework to meet the real challenges of the sector.

Many NPOs are engaged in their own financial survival, and in addressing the needs brought about by the pandemic and socio-economic inequality. The DSD directorate dealing with NPOs, in turn, is also understaffed and lacking much-needed resources.

The real opportunity for mutual cooperation exists now and should not be squandered. The sector needs to be unified to move forward and find common ground. A list of proposed interventions to date is summarised in the list of communiqués (1-9) under further reading.

Please see our jointly submitted letter to the Minister of Social Development, Minister Zulu, at the end of this petition.

The proposed changes are not-fit-for-purpose. If implemented in its current form, it will create more onerous rules for NPOs and fail to improve the capacity of DSD to fulfil its mandate. Such compliance changes on NPOs could result in deregistration or undue delays for organisations, mainly if they provide services to the state. The current administrative delays already create significant challenges, and the new Bill may worsen, rather than reduce, these.

The Department’s NPO Directorate reiterated that it was important that the sector at large submit comments on the Bill. Public comments will shape and change the Bill - this is why your signature is needed.

1. A poorly drafted Bill: The Bill is poorly drafted, open to interpretation and lacks precise alignment between DSD’s stated intentions and the actual amendments.

2. The NPO directorate name changed, to a Registrar. There is a lack of clarity about whether that Registrar will be independent and move out of the DSD; concerns about capacity and resources remain.

3. Accountability of the NPO sector: There is a lack knowledge about and implementation of good governance at many NPOs. A new structure for boards has been proposed, which includes deputies. The sector agrees that governance is an issue, and there is a need for self-regulation, but not in the way it has been formulated in the Bill.

4. Cleaning up the NPO database: At present many NPOs are registered with identical names. There is also a campaign to deregister those NPOs which do not meet legislative requirements. However, there are concerns that the DSD lacks the capacity to address the database issues and the form this will take in terms of the Bill proposals.

5. Registration of international NPOs. The DSD has shared that this provision has been included in the Bill because of information received from a government investigative team that some NPOs could be caught up in money laundering and finance for terrorist activities. While there is agreement on the need to counter corruption and terrorism, there are concerns the sector will be over-regulated with draconian controls.

Sign and Comment on our letter of Request to the Department of Social Development Parliamentary Portfolio Committee and the Non-Profit Directorate to recall the Non-Profit Amendment Bill (originally 31 October 2021, now 10 June 2022) and write your letter to Chief Director: NPO Information and Registration Management, Mpho Mngxitama email: [email protected]

For more details on these communiques, see https://www.inyathelo.org.za/important-information.html

Communiqué 3: 9 November 2021
Further communication with the DSD. Agenda received for a meeting scheduled for 10 November 2021.

Communiqué 4: 16 November 2021
Comments and resolutions from the meeting of 10 November 2021, called by the DSD to address the concerns raised by the Working Group regarding the NPO Amendment Bill and a request for a deadline for comments by civil society organisations.
Communiqué 5: 3 March 2022

On 27 January 2022, the Working Group emailed Chief Director: NPO Information and Registration Management, Mpho Mngxitama, to query the outcome of the Cabinet’s decision on the request for an extension to the date for submissions on the NPO Amendment Bill.
Communiqué 6: 11 March 2022

Virtual meeting with the NPO sector on 10 March 2022 with feedback on the NPO Act Amendment process.
Communiqué 7: 23 March 2022

Subsequent to the last communication wherein nominations were requested to attend the meeting proposed by DSD and planned for 23 March 2022, the DSD advised that this meeting would only be convened virtually.

Communiqué 8: 25 March 2022
The NPO representative Working Group and nominees from the NPO sector participated in a virtual meeting organised by the DSD on 23 March to discuss the NPO Amendment Bill. Although the original intention of the meeting was a workshop format, the DSD conducted the meeting as a structured presentation with question-and-answer slots at the end of each presentation.
Communiqué 9: 06 April 2022