To: His Excellency, Cyril Ramaphosa, President of South Africa 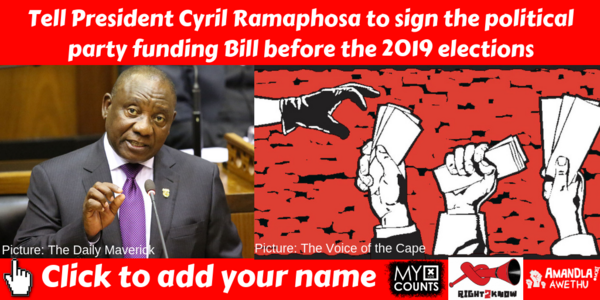 Sign the Political Party Funding Bill before the 2019 elections

The Political Party Funding Bill has the potential to curb the instances of corruption that plagues our political and electoral systems. We have seen it with the State Capture Inquiry and through the instances of maladministration in local government structures. All of this because we don't have access to the crucial information of who provides funding to political parties.

Sign this petition and help put measures in place that could effectively prevent more dubious dealings on all levels of government that affects all South Africans.